Pakistan's Journey to Civilian Rule (1958-70): An Analysis of Ayub Era

Pakistan, since its inception, has passed through several phases of transitions to civilian rule and authoritarian reversals. Similar to the pattern of transition between civilian rule and dictatorship, there is a pattern of change within authoritarian Regimes that could be observed in all the three experiences of transition in Pakistan. This paper identifies the pattern of change from military dictatorship to civilian rule from 1958 to 1970. The key questions addressed in this paper are: firstly, how the military regime consolidated its grip on power after the October 1958 coup? Secondly, how early cracks appeared in the military's control over power and matured with the passage of time, resulting in a national crisis? Thirdly, how failure in crises management led to the transition to civilian rule, as well as, the disintegration of the state. 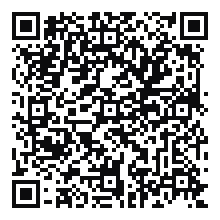 Global Legal Studies Review (GLSR) was introduced by Humanity Only (HO) through the research project sponsored and guided by Humanity Research Council (HRC) — a sub-body of Humanity Development Society (HDS). GLSR intends to promote qualitative and quantitative researches and findings with the help of newly emerging tools and patterns utilized in experiments, observations, interviews, analysis and surveys by encircling all major segments of Legal Studies and its academic and research disciplines. GLSR is a quarterly published, double-blind peer-reviewed research journal which encompasses major disciplines of Legal Studies.